My original design used an N-MOSFET.  I used an N-MOSFET because everyone uses NPN BJT transistors, so why not use an N-MOSFET.  After learning about MOSFETs, I created my V1 charging circuit.  It had a voltage divider to probe if the solar panel was getting any sun or not.  The circuit with the N-MOSFET had to be connected to the solar panel’s ground: The drain pin should be connected to the load, and N-MOSFETs drain should be more positive than the source (See below image for more detail).

The only problem as you might have guessed is that I could not check the voltage of the solar panel without the N-MOSFET enabled, because the ground was being disconnected, and so the measured voltage had no reference.

I couldn’t find the schematic, or picture of the original circuit.

After a few months of ignoring the enable circuit, I decided to work on it again.  After learning a bit more about P-MOSFETs, I found that the only difference between them is the voltage of the source and drain.  The P-MOSFETs drain should be more negative than the source, so the MOSFET should be placed between V+ and your load. 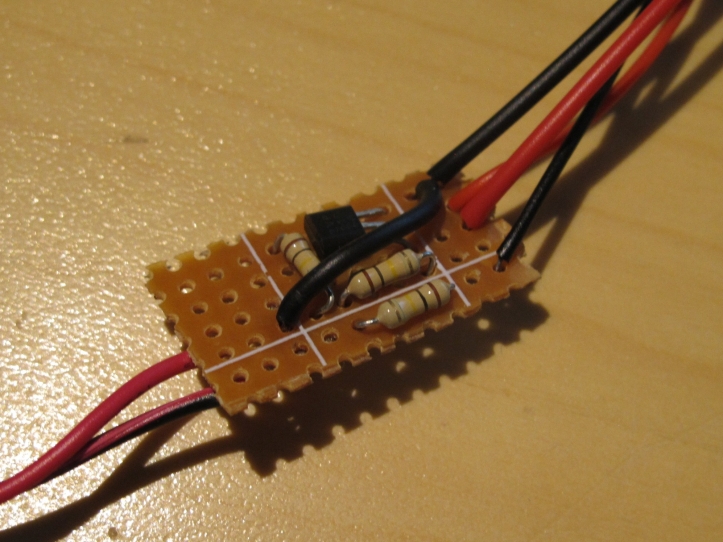